Hi Bruce, Just a message to say that our 300tdi Defender "Big Cab " 130 tray top ,after your VVT Turbo modification is now a different vehicle to Drive. With our slide on Camper and fully loaded the defender weighs close to the GVM and yet travels so much easier. The fuel usage seems to be the same which is great. Thank you to you and your staff for allowing us to travel to distant places so much easier.
Brian McKinlay
Brian McKinlay 03/05/2014, 09.18
( 5 )
I would like to thank Bruce and his staff on the superb work carried out on my Defender. The steering correction is better than I expected, the torque is unbelievable & the diff oil replacement is making a much smoother ride. Thanks again Davis Performance Landys staff, you will be the only mechanics servicing my Defender from now on.
Peter Wigley 02/05/2014, 09.35
( 5 )
I’ve been getting my ’94 Defender 110 worked on by DPL for many years now. I was recently embarking on a long trip and decided the timing belt was due for replacement especially given I couldn’t recall when it had been done. When removed the old belt still looked good and later when I dug out the old paperwork it turned out Bruce had fitted one of their timing belt kits way back in 2005. It had done over 170 500 kms ! Of course it was replaced regardless and some other work done at the same time. The car is running better than ever.
Peter Lister 18/03/2014, 08.24
( 5 )
Offers great advise, service & best of all, there cheaper than dealerships.
Peter James 28/02/2014, 15.57
( 5 )
My 2.7 tdv6 Range Rover Sport developed a problem where it would go into limp mode when doing highway driving after about 10km but it was fine driving around town. I took it to my local Land Rover Dealer who informed me my vehicle's Engine control module had failed and they quoted an obscene price to fix it. So I took it to another dealership to get a second opinion, this dealership had my vehicle for 2 weeks and told me I required a replacement engine. Fed up I made the 5 hour journey to Davis Performance, Bruce's mechanics had it in the workshop for 15 minutes & told me my RH Inter-cooler hose has split. Cost of the part & about an hours labour or so, my vehicle was good as new. DEFFINATLY worth the 5 hour drive, they saved me so much money.
J. Mooney 28/02/2014, 15.56
( 5 )
I went to Davis Performance as I'm doing a bit of a resto job to my Range Rover, through Bruce's & the other mechanics knowledge I have managed to save myself a lot of money. Thanks guys.
Dennis Pritchat 28/02/2014, 15.56
( 5 )
Brilliant reputation, they really know there stuff & the prices are reasonable.
J. Aarons 28/02/2014, 15.56
( 5 )
I had my Disco 2 TD5 serviced by Bruce & his boys, Although I only booked for the service Bruce rang me & informed me my brakes had 5% left in the front. There were a few other things that Bruce mentioned but I decided to wait to repair those. On Bruce's advise I did the brakes & Bruce gave me a total over the phone as to what my invoice would be.

When I went to pick up my vehicle, the invoice was exactly what Bruce told me it would be earlier on the phone & he had noted on my invoice the further work required.

I was really impressed with this place as I was recommended by a friend to go there, I will also be recommending Davis Performance to friends.
Paul Hankler 28/02/2014, 15.55
( 5 )
You and your crew has been servicing and maintaining our 2002 Land Rover Discovery II for some years now. We thought we would drop you a note to say thanks.

Since you started looking after our Disco we have had some great trips all over the place including most of NSW, Corner Country, Innamincka, Birdsville, all around Central Australia, the Flinders Ranges, the Victorian Deserts, the Grampians, the Victorian High Country, the Snowy Mountains, and lots of points in between, some of them very remote.

Unlike our previous mechanic you have been able to solve those niggling sensor issues and you have made sure that we have never had to worry about breaking down on our trips. Your eye for preventive maintenance has been key in this. Things are fixed before they become a major issue!

When our 2,92,000 kilometer travelled V8 petrol engine died on a day trip to South Coast last year, we thought that we would have to give up our beloved Disco. We talked about patching the motor, we talked about swapping the car for one with a diesel engine( after you said that a diesel engine replacement was impractical), but at the end of the day you recommended a reconditioned 4.6 litre V8 petrol engine to replace the aging 4.0 litre engine. Originally we were hesitant fearing increased fuel usage (we were happy with our trip average of 16.51/100km towing a trailer) and the upfront cost. You reassured us about the fuel usage and after we considered the general good condition of our car, and the cost of all the extras we already had, we decided to bite the bullet and go with the 4.6litre V8 upgrade. You stuck to your quoted price with no ifs or buts!

After nearly 20,000 kilometers the new engine has been fantastic with fuel usage on a par with the old engine but with the incredible increase in power and torque. In fact, the increased torque has made driving the Disco even more of a dream and we think the engine is still going better with age. We are as pleased as punch!

So far the new engine has taken us to Western NSW, Mungo National Park (the back way via Willandra and Ivanhoe), the Victorian Deserts (twice), the Grampians (with lots of snow!), the Snowy Mountains, the Victorian High Country, and lots of points in between. We have also gone off road to Ophir Gold fields, Hill End, Sofala, touring the Turon, and we have driven the infamous Monkey Gum Track and various other roads west of the Blue Mountains and on the South Coast of NSW.

In all these travels the Disco and its new engine have never missed a beat. When you’re sometimes that far from home it’s great not having to worry about their stranded!

Two of our kids are also impressed with you and you have been looking after my son’s Nissan Navara and my daughter’s Suzuki Grand Vitara.

So, Bruce even though you are a bit further away for us, we think the trip to see you is worth it and we thank you for taking such great care of our beloved Disco and we look forward to many, more more trouble free trips. 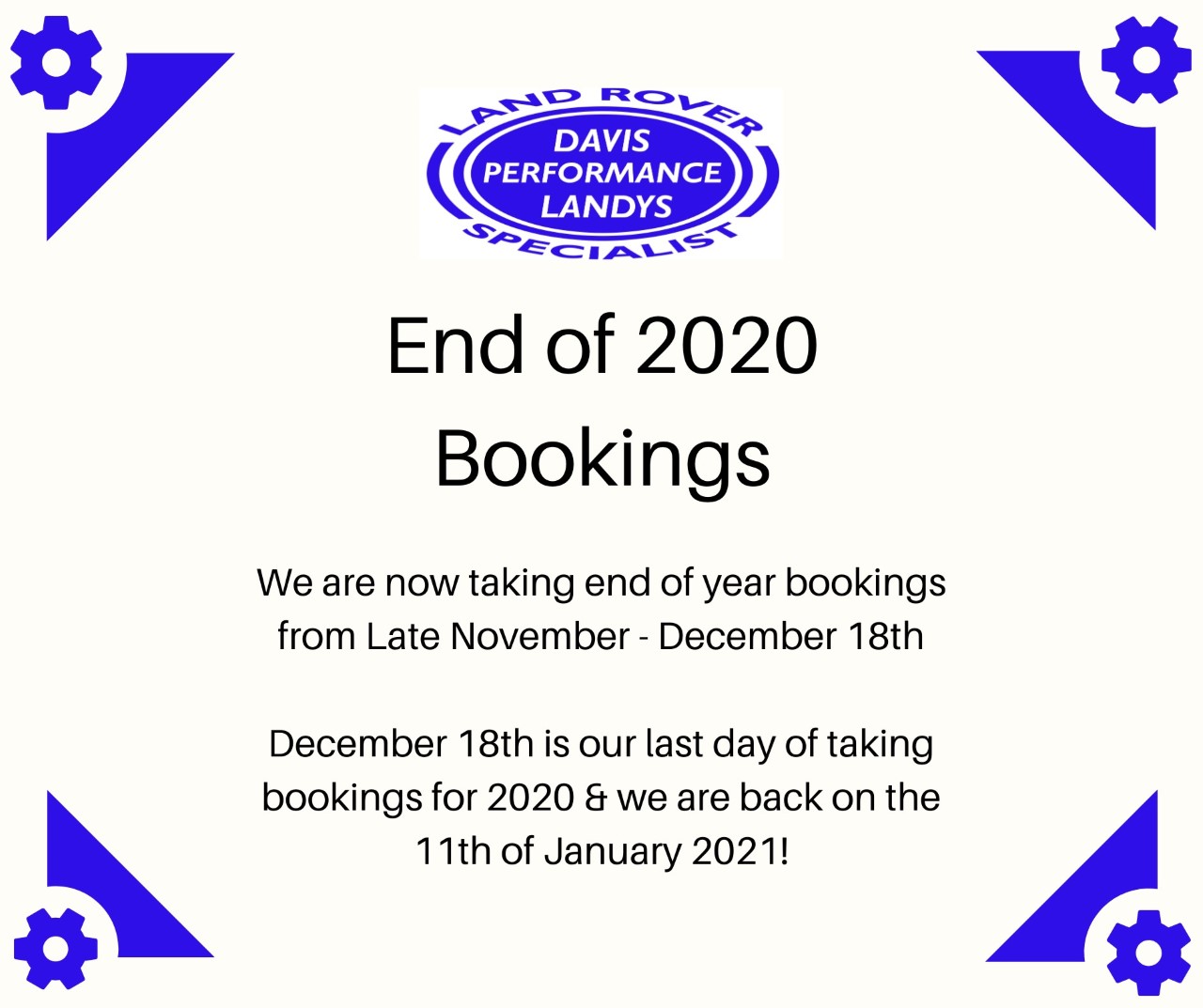